Playhouse Movie Theatre in the news and about town:

Our first film festival was a success. Beth Levison (left in photo) joined us for a discussion after her film’s showing. She shared stories about the individuals in her film and from other Vermont communities, where she has attended showings, about their local newspaper struggles to stay in business. Tim Calabro (right in photo) stepped in as moderator as well as provided his valuable insight as the publisher of the Herald.

What’s with the sign? A part of our history is back…the original Playhouse sign! A big thanks to Dave Tomaszewski for storing it all these years. Dave explains this sign was erected in the 1950s when the theatre’s name was changed from the Strand Theatre to the Play House (2 words). He later made a copy of this original, which hung on the building for 20 years while Dave and Tammy owned it until the facsimile rotted and had to be taken down. While the reproduced sign didn’t survive, the original sign survives. What are we going to do with it? Where will it go? Stay tuned….. 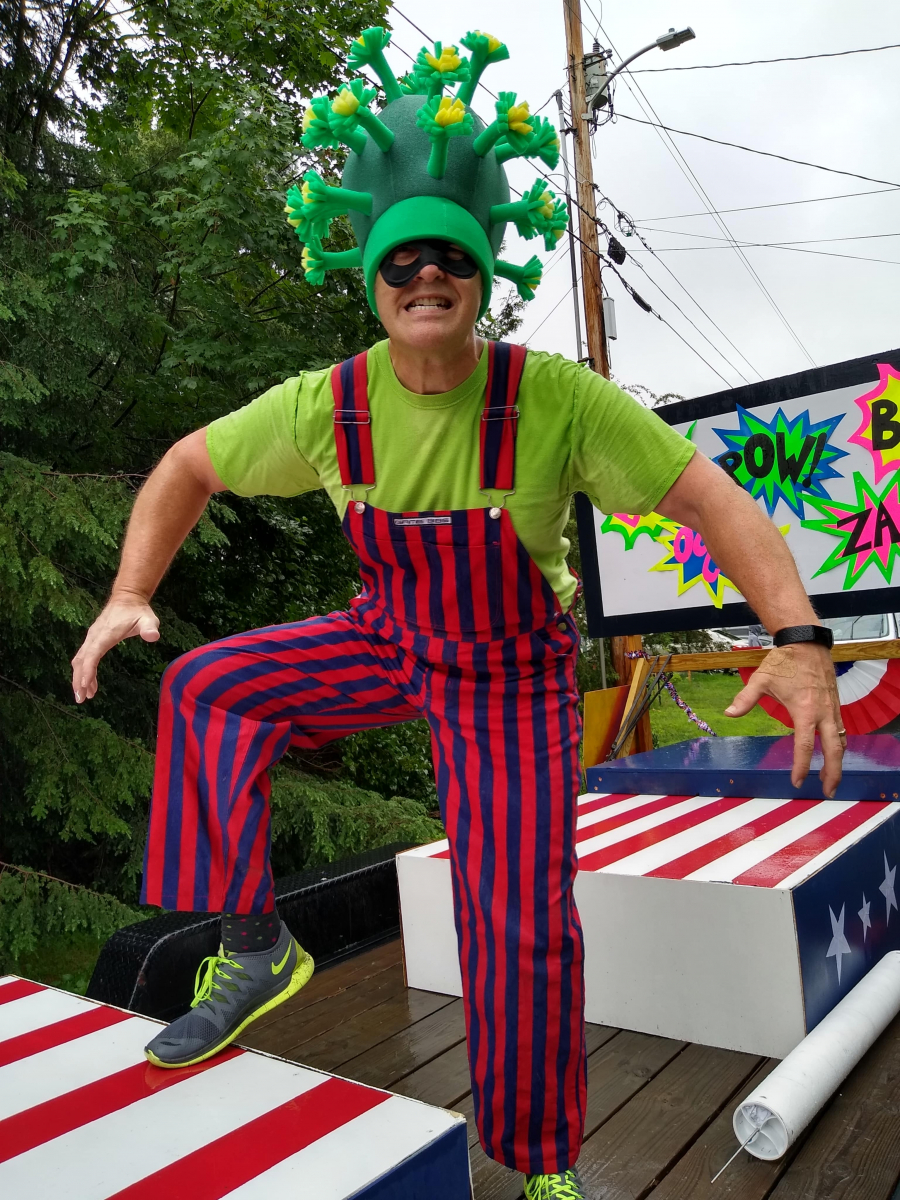 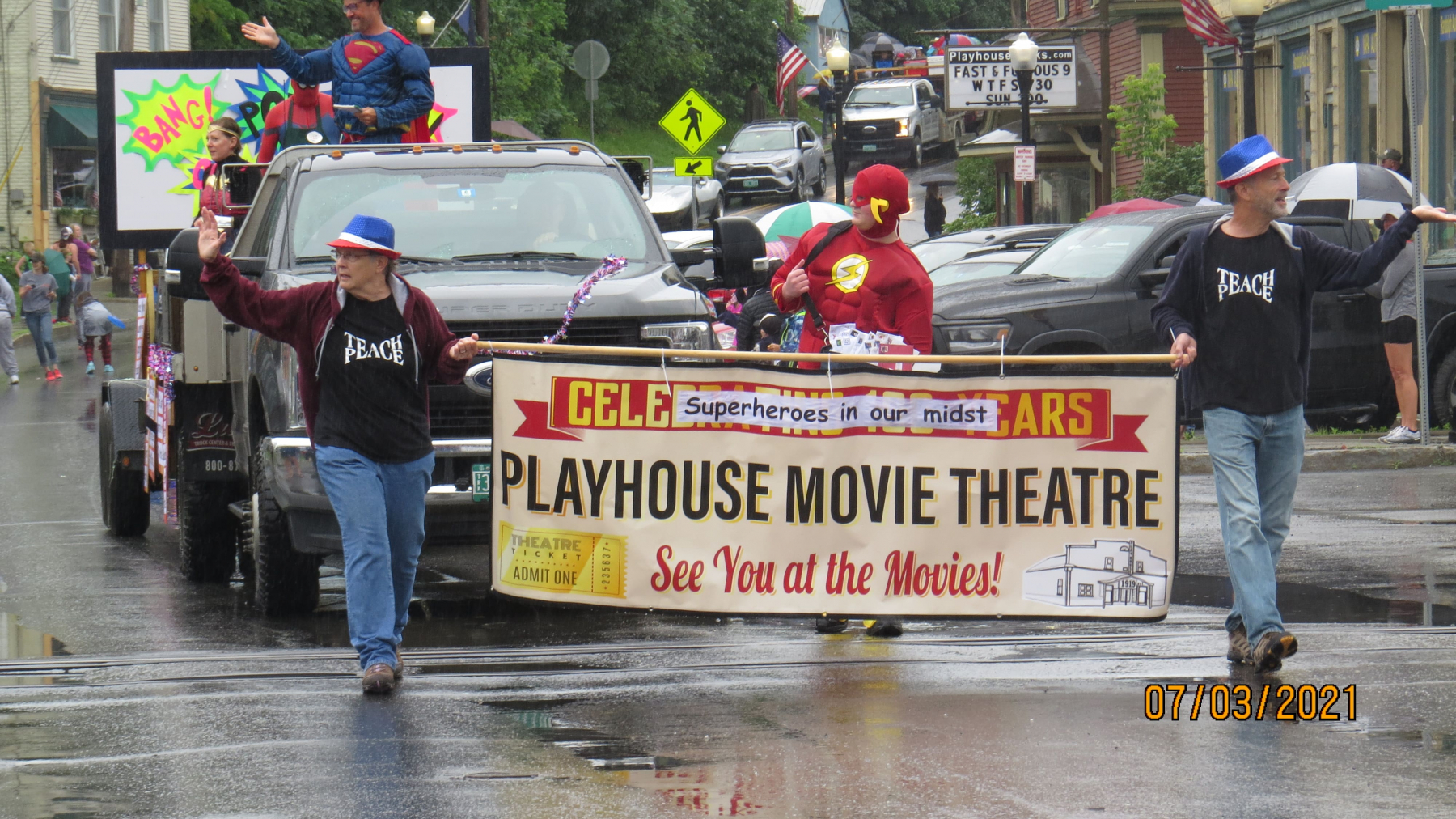 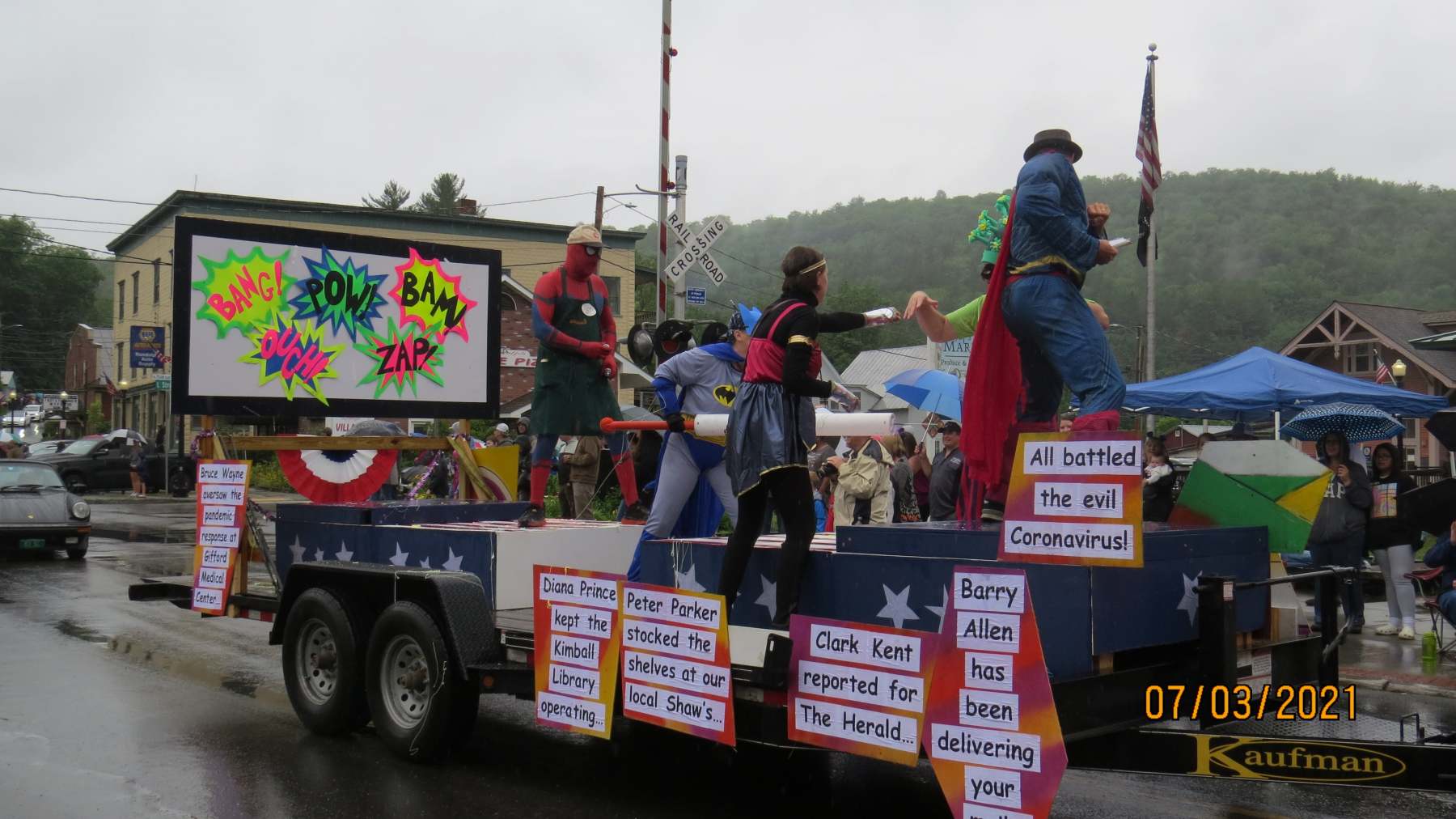 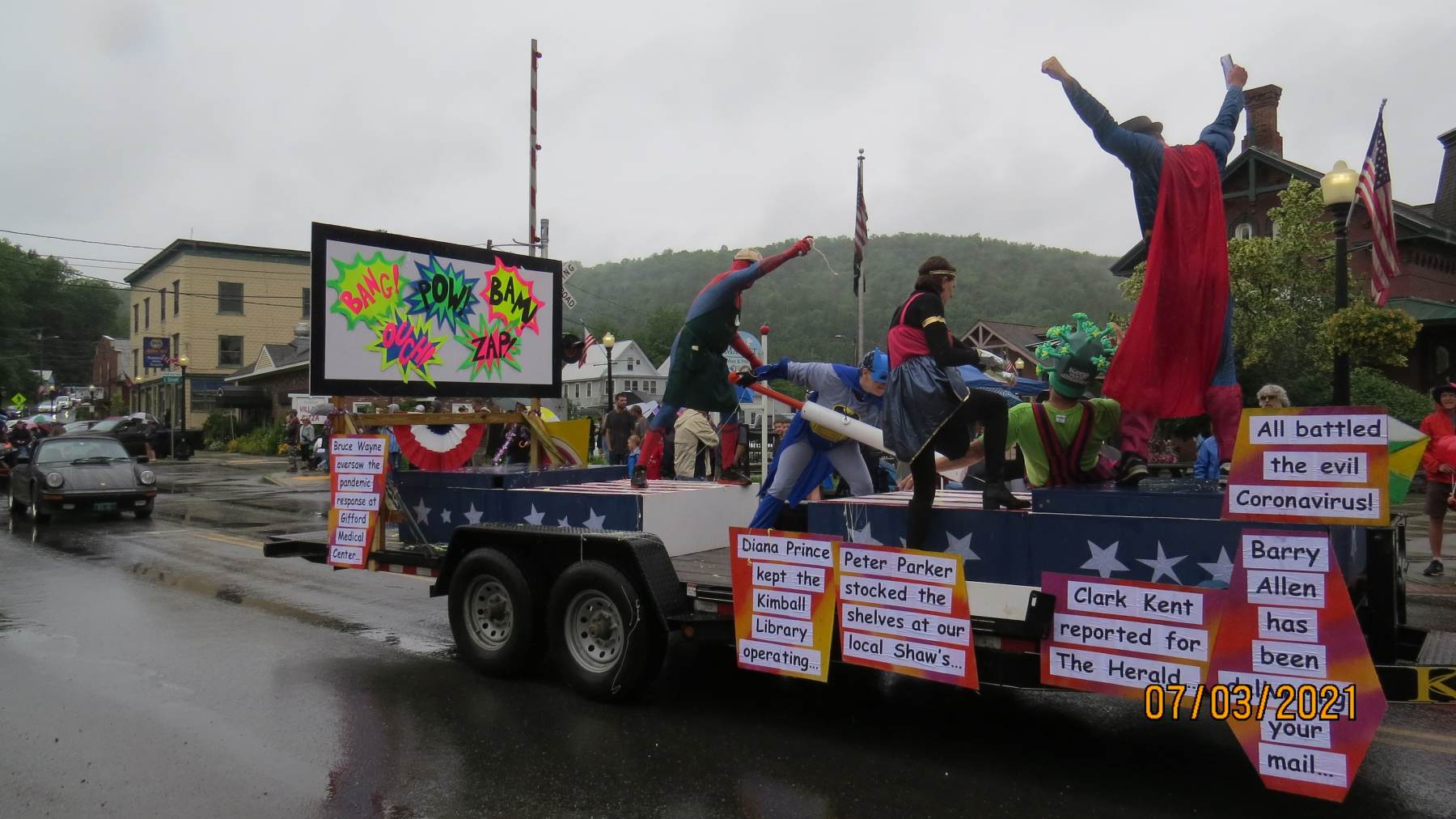 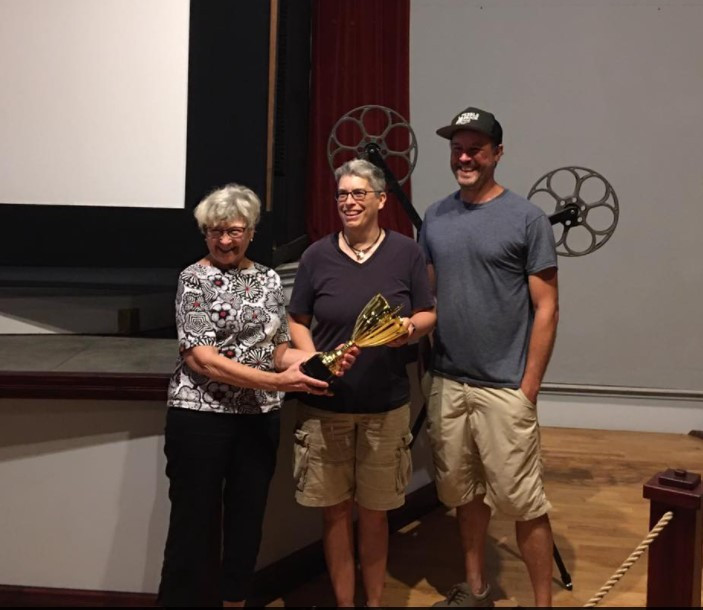 We thank the parade judges for our 1st place finish. And we would never have had an entry if it wasn’t a combined effort of a lot of folks. With appreciation and thank you to our…

Hover over photo for caption or double-click for enlarged viewing. 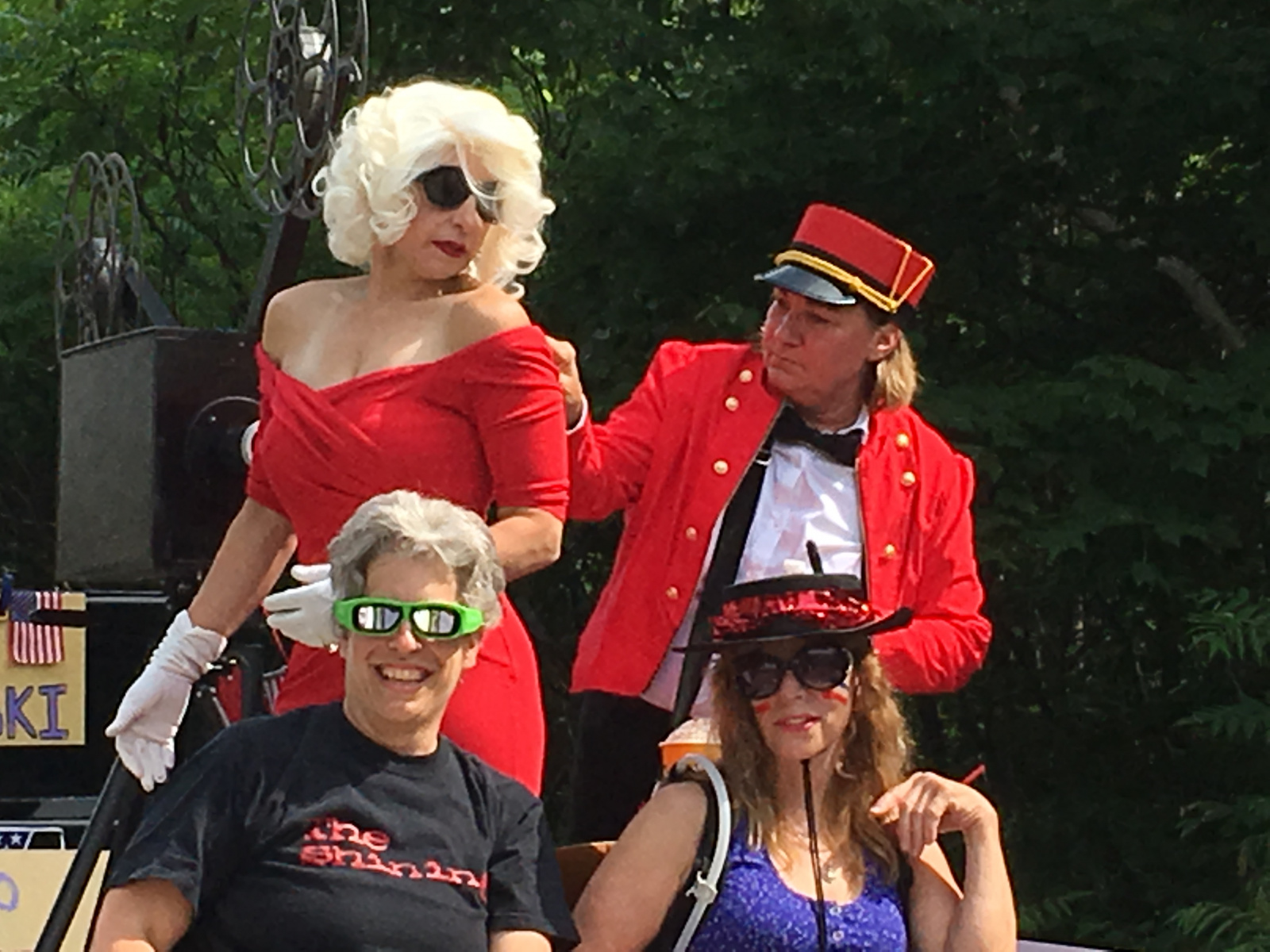 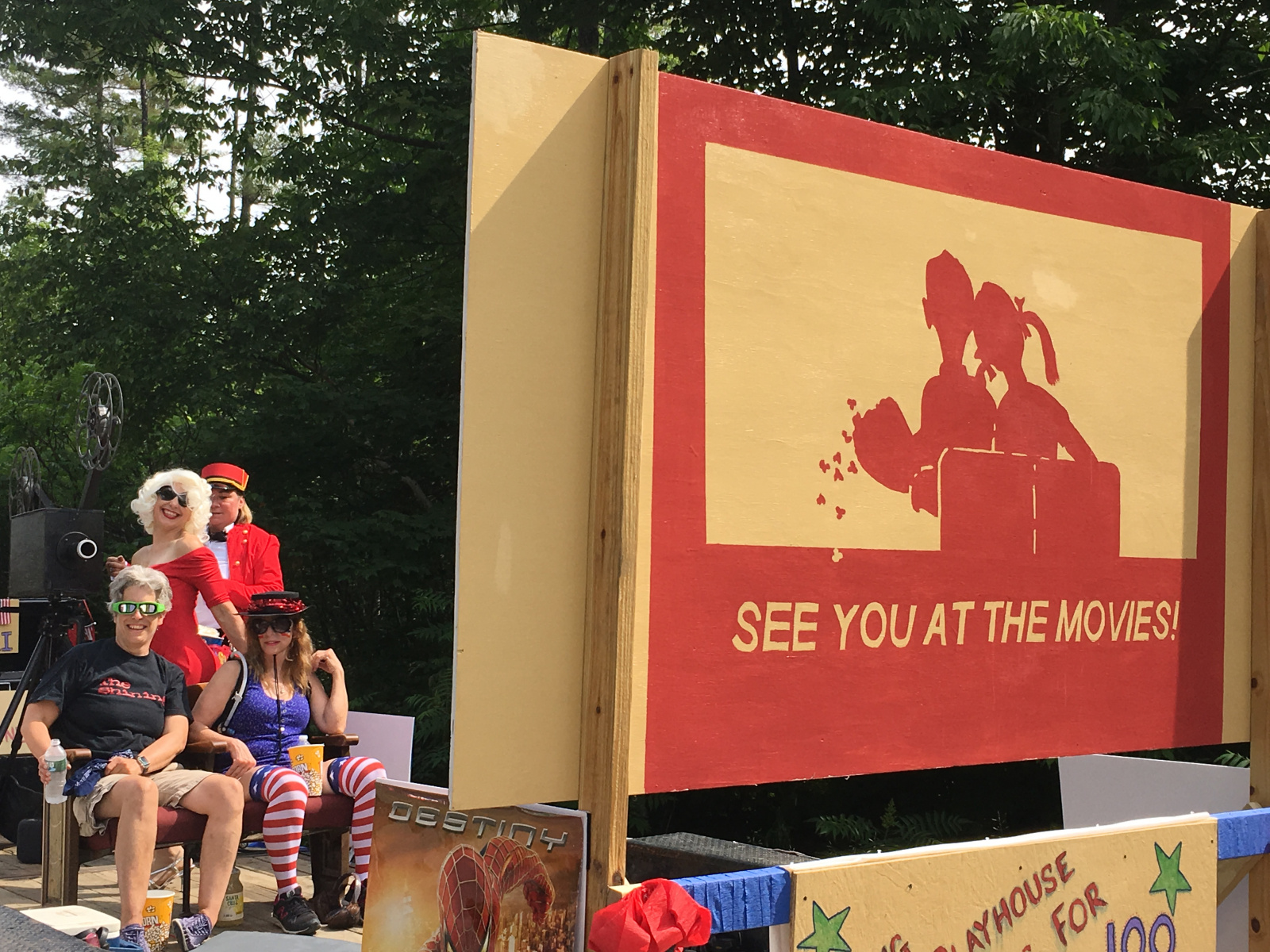 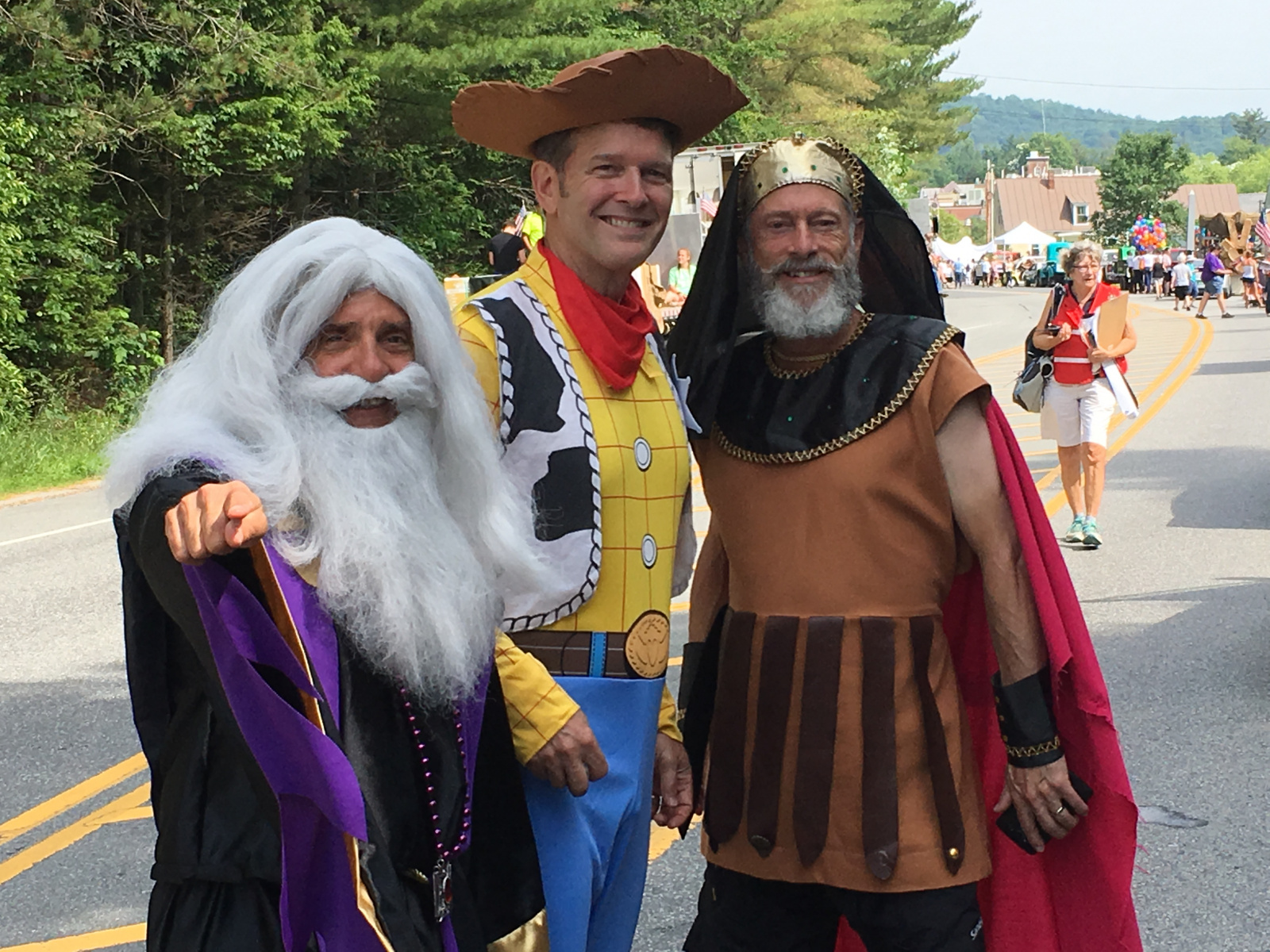 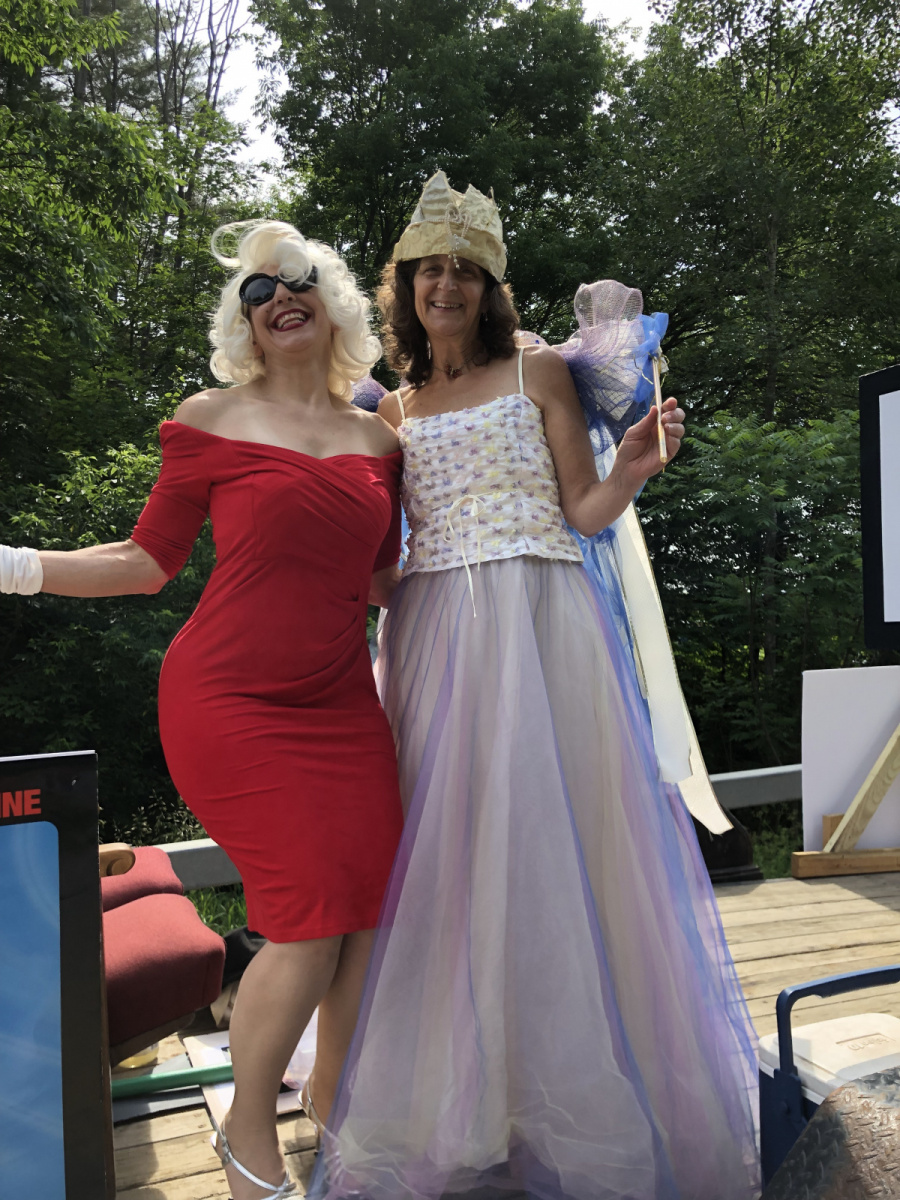 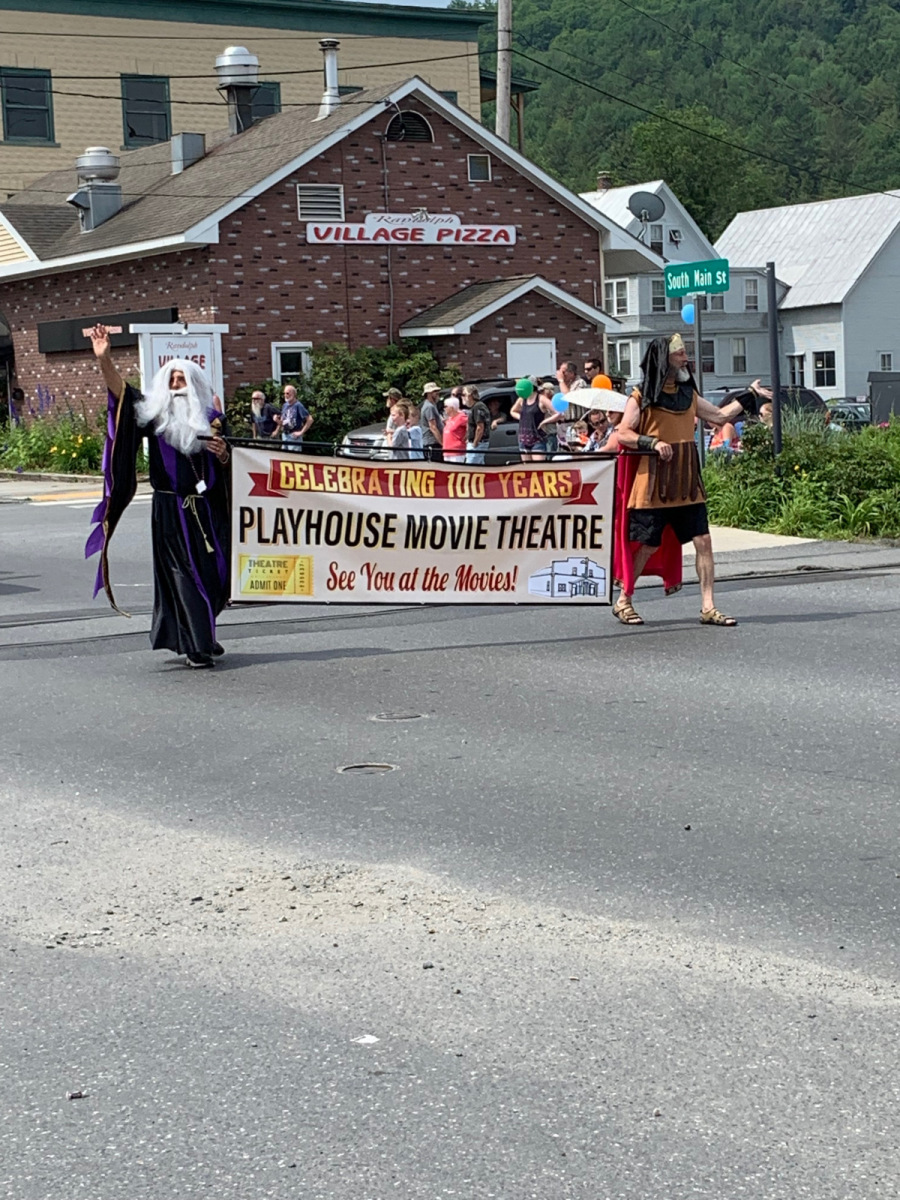 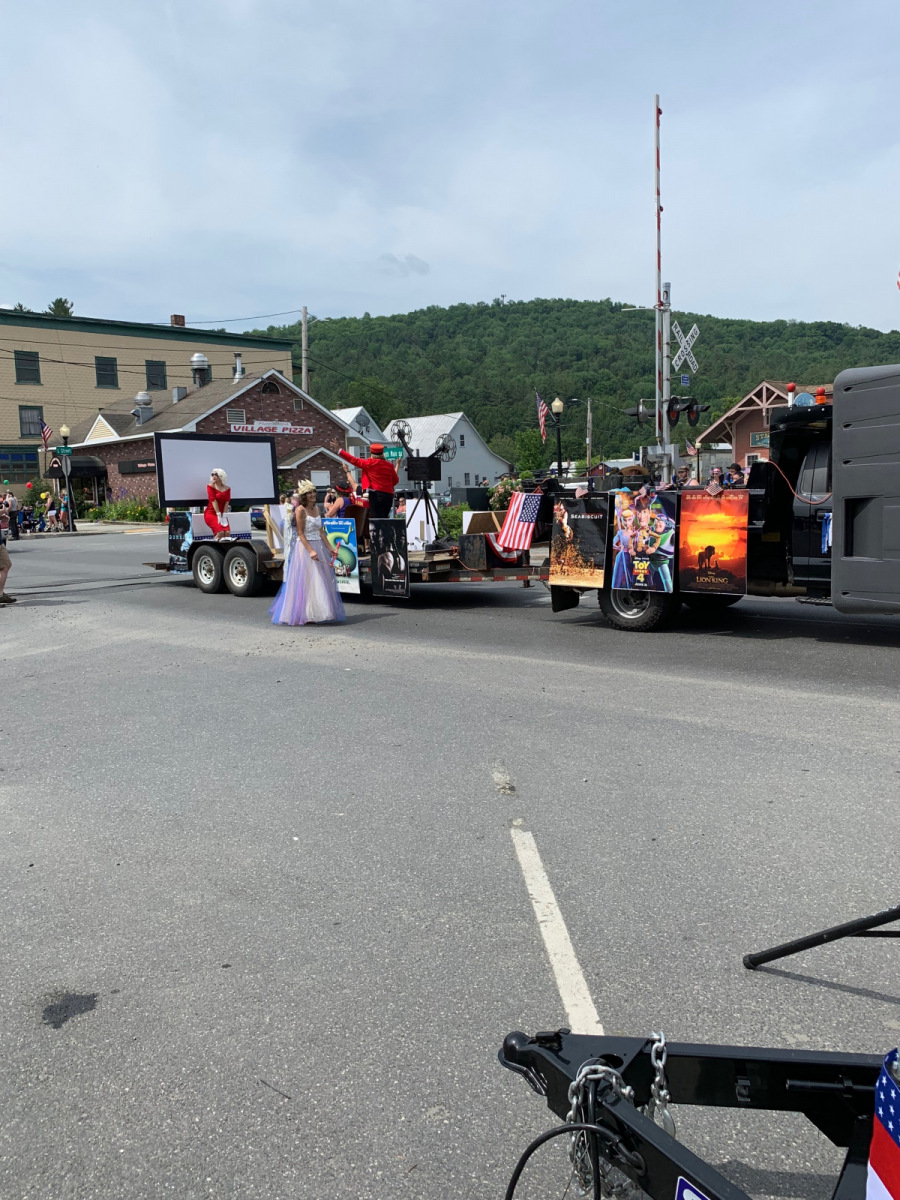